Most viewed video tutorials on the installation of Brake Calipers

Advices on car maintenance
Go to tips and tricks
Install the AUTODOC CLUB app!
Your personal car expenses manager, maintenance tips, reminders about upcoming appointments and service intervals, DIY repair instructions – all this on your phone. 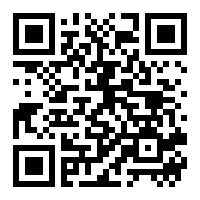 Your profile is your personal assistant.

It can track car expenses, keep a car log and replacement schedule, and save favourite materials, notes and documents

How to change Brake Calipers on a car yourself

What are the symptoms of a bad brake caliper?

A malfunction of this part is indicated by decreased braking efficiency, an overheating brake disc, and squeaks and vibrations of the caliper when the car is moving. The car may pull to one side when braking. Sometimes you may notice a burning smell. An inspection may show a leaking brake caliper. By rocking the caliper, it is easy to detect play in the guide pins.

Do I need to change brake calipers in pairs?

Replacing brake calipers in pairs is not necessary. These parts are quite durable and are changed as they fail. However, if you are also going to install new brake pads when carrying out the repair, then keep in mind that they should be changed as a set on an axle.

What are the signs of a seized brake caliper?

If a brake caliper is seized, the car pulls to one side when you press the brake pedal. This is due to a brake pad in the faulty part rubbing against the disc, causing the wheels to rotate at different speeds. In addition, the disc may overheat, which can be seen immediately after stopping the car: the component is red hot. When the brake pedal is released, you can hear squeaks and rattles, and the pedal may sink to the floor.

Brake caliper seizing may be caused by bad guide pins and pistons. The former usually get out of order due to torn dust boots which cannot prevent dirt and moisture from getting into the mechanism, and the grease from leaking out. This results in abrasive wear, overheating, corrosion of the parts, which in the course of time leads to their jamming. The same consequences can be caused by the use of unappropriate lubricant which blocks the movement of parts if solidified.

The pistons are usually seized because of worn piston boots resulting in the harmful influence of dirt, moisture, and thawing agents, which leads to corrosion. Sometimes a piston is seized due to misalignment caused by an installation error or a gap between the caliper cylinder walls and the piston increased due to natural wear.

These failures should be removed immediately after being detected. Driving with a seized mechanism risks premature wear and warping of the brake discs, premature abrasive wear of the brake pads, overheating of the whole brake system, boiling of brake fluid, and, as a result, loss of its working properties. Fuel consumption may also increase. The tyres wear unevenly. The engine and transmission work under higher loads.

Is it difficult to replace brake calipers?

Whether it is difficult to remove and install the part depends mostly on the design of your car. On the average, replacement of one unit takes 1–5 hours. Anyway, this job should be done by a professional. After installation of the new part, the brake system should be bled. It is important to perform this procedure properly, as the braking efficiency depends on it.

Note that it’s not always necessary to replace the whole unit. In most cases the problem can be solved with the help of a special repair kit, by replacing the pistons, guide pins, dust boots and seals. Overhauling a caliper is also advisable to entrust to a specialist.